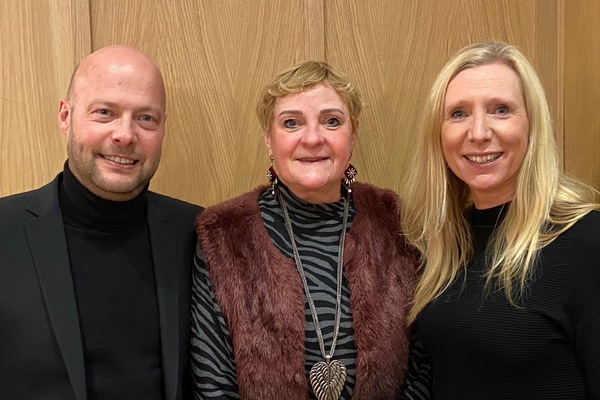 From performing at the world's greatest opera houses, including the Metropolitan Opera House in New York, to improvising music in ballet class to pacify demanding class teachers, Rob Clark and Kate Shipway have done it all. On Tuesday evening at the Club for Acts and Actors, LBC members were given a deeper insight into the lives of the Royal Opera House’s resident pianists.

The illustrious Deborah Weiss led the discussion and started by asking Kate and Rob how they got started. Both came from musical families and learnt piano from a young age, though Robert joked that he hated practising when he was younger - and would rather “be in the park playing football!”

Both pianists described how their unique position at the Opera House has given them a deeper appreciation of ballet. Kate reminisced about her first rehearsal describing it as a “terrifying experience” because of the fame and talent of the principal dancers she was playing the piano for.

The pianists are expected to play for class, rehearsals and, if required, the evening performances at the Opera House. Kate and Rob described the difficulties of improvising music in ballet class and adjusting their playing to suit the teachers. Kate recalled one session where she was asked to play "a waltz - play Waltzing Matilda!" and it was left to Kate to decide how to turn Waltzing Matilda, a piece in 2-4 time, into an actual waltz for the class!

The discussion took in a wide range of topics. Kate and Rob talked about performing and "tackling difficult pieces". Rob talked about the relationship between dancer and pianist, and Kate elaborated on her favourite pieces. She said she adores A Month in the Country, even though “Chopin is very difficult”. The pianists also talked about the difficulty of playing at the right tempo for the dancers, as well as their wider performance experience in repertory favourites like Elite Syncopations and Marguerite and Armand.

This was a truly fascinating event, and all the members in attendance will surely look forward to seeing Rob and Kate perform at the Royal Opera House in the near future, with a greater appreciation of the hard work and dedication they have put in behind the scenes.

A full report of this event is available here.