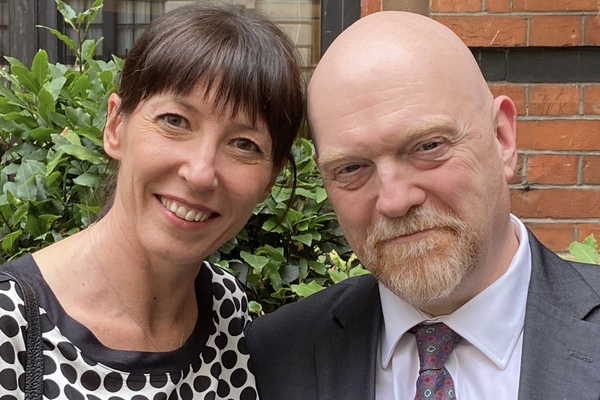 Despite the heat there was a very good turn out at the Civil Service Club last night to hear the eminent writer and dance critic Graham Watts ‘In Conversation’ LIVE with Mara Galeazzi, former Principal dancer with the Royal Ballet.

New members and old were enthralled to hear about Mara’s experiences as a student at the prestigious La Scala Academy in Milan and how after graduating she was plucked by Sir Anthony Dowell to join the Royal Ballet Company where she was particularly favoured by contemporary choreographers such as Ashley Page, Alastair Marriott and Glen Tetley.

Mara brought honesty and humour to her accounts particularly when talking about her battle with serious illness. We heard about her work with the charity she founded in 2007 ‘Dancing For the Children’ helping under privileged children in South Africa & Kenya explore the joys of dance and raising money for other charities to fight the spread of diseases such as AIDS. We were left with tantalising nuggets of her future plans as a dancer, a coach and as an actress.  Mara chatted happily to guests afterwards and signed copies of her memoir ‘Shadow Aspect’.

A full report of this event is available here.