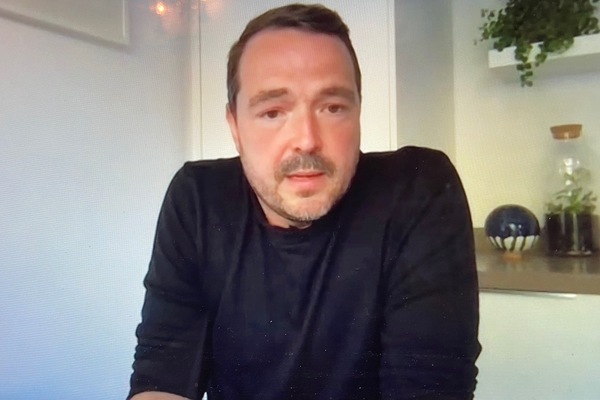 The LBC was pleased to welcome resident choreographer of Northern Ballet, Kenneth Tindall, as our most recent “in conversation” guest. Kenneth was interviewed by the esteemed dance writer, Mike Dixon.

Mike started the conversation by asking about one of Kenneth’s most successful and well-known works, Casanova, which has been recently revived to much critical acclaim. Kenneth recalled that choreographing this production was a daunting task, but “once the first half was done, my confidence began to grow. It felt like we had something special.” Beyond the choreography itself, the conversation took in the set, costume and lighting design. Kenneth has an interest in all these fields and emphasised how important it was to him that this production was authentic. Hence, Ian Kelly, one of the world’s greatest Casanova experts, was brought onboard to ensure the work was credible – even to an expert of 18th century history!

The conversation then turned to Kenneth’s choreographic debut – Project One. Kenneth recalled how he was pushed into choreography by David Nixon, and that despite not having any formal experience, his dance career had prepared him well for the challenges of choreography.

Kenneth also talked about his international work. He mentioned that he had just finished filming an advert for Star Alliance in Rio de Janeiro and that he is in the process of researching a new Carmen for Tulsa Ballet, which will premiere in November. Kenneth was able to reel off a list of countries – “ Germany, France, Spain, Malta…” – where he has worked with companies on a range of one act ballets, which he described as “very varied and exciting work”.

Mike and Kenneth also talked about Geisha – a stunning full-length ballet that Kenneth choregraphed just before lockdown. Kenneth recalled the lengthy research phase, including consultations with experts on Japanese culture, costume and music so that the work could be “sensitive and authentic.” The conversation also took in Kenneth’s current role at Northern Ballet – including his responsibility over digital output – as well as what advice he would give to aspiring choreographers, and his future plans.