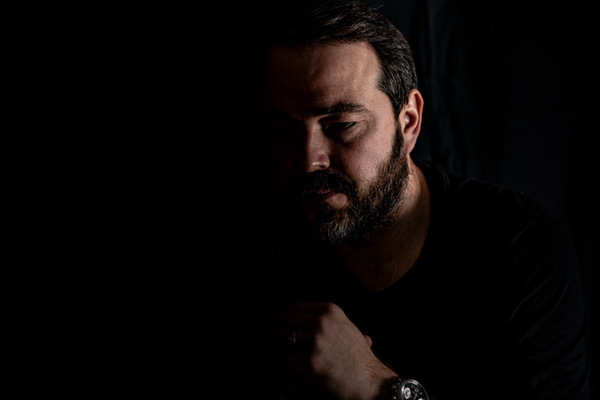 The LBC was pleased to welcome resident choreographer of Northern Ballet, Kenneth Tindall, as our most recent “in conversation” guest. Kenneth was interviewed by the esteemed dance writer, Mike Dixon.

Mike started the conversation by asking about one of Kenneth’s most successful and well-known works, Casanova, which has been recently revived to much critical acclaim. Kenneth recalled that choreographing this production was a daunting task, but “once the first half was done, my confidence began to grow. It felt like we had something special.”

Beyond the choreography itself, the conversation took in the set, costume and lighting design. Kenneth said that with Casanova being his first ballet, he was aware that he needed to work on the production with the “best in the business – people with established reputations.”

In order to create the grand sets and costumes, Kenneth worked with designer Christopher Oram, who had experience of working on productions of all sizes - from the smallest stages to the Met Opera. Kenneth remarked “this man knew how to get the most out of the budget and understood everything.” Northern Ballet is a touring company, and so Mike asked about the practicality of designing sets and how they can be sure to fit into all different types of theatre. Kenneth explained that the sets are designed virtually on a computer programme called AutoCAD. This programme tells you what can and can’t fit into different theatres, so “the set is designed to fit into the smallest theatre and this arrangement is used throughout the tour.”

Mike commented on Kenneth’s talent for forging collaborative relationships with many talented creatives, and Kenneth replied that “collaboration, in its truest sense, for me is the heart of the production. The team you put together equals the result you get out.” Kenneth said his passion for close collaboration with all members of the creative team comes from a desire to “understand each element of the staging.” Kenneth singled out his relationship with Ian Kelly as particularly important in the early stages of producing Casanova. Ian is one of the top authorities on Casanova’s life, and Kenneth emphasised that his contribution was incredibly important in ensuring that the production was authentic. He elaborated on this, saying that he wanted “someone with knowledge of the 18th century to feel served by the production just as well as anyone without any knowledge. Ian was key in making the work authentic.”

The conversation then turned to Kenneth’s choreographic debut; a piece called Project One. Mike commented that he was fortunate enough to have seen this piece at the first performance and in his review at the time encouraged people to stake their mortgages on Kenneth’s career! Kenneth recalled the process of working on this first piece, saying that David Nixon was key to encouraging him to pursue choreography. Kenneth said, “I had no training in choreography, but actually through my career, performing with choreographers in dialogue and having that exchange of ideas as a dancer had prepared me well.” He said Northern Ballet was incredibly supportive and allowed him to try out all kinds of new ideas.

Kenneth noted that he had worked with the same lighting designer since Project One and that he had “even gone about some works where the lighting is the starting point.” He said how, even since these early pieces, he had a deep appreciation for the wider staging of the ballet and thought of lighting as a lens, that “points the audience where you want them to see.” Especially when a piece is produced on a small budget, Kenneth said that lighting can be used to effectively immerse an audience in the setting of the work – “they are tools that can be used to guide us into what we’re trying to say.”

Mike quoted Frederick Ashton, who said that ‘someone who is not a dancer can never be a choreographer.’ Kenneth brings that degree of experience to his work and has an understanding of the limitations of the dancers and other aspects that a non-dancer would not understand. Mike commented that whilst Ashton had the ‘Fred step’, so too has Kenneth created a number of signature linear structures. Kenneth said that he is aware of ‘the line’ that appears in many of his works, saying that “when you are nervous and starting out, you prepare for everything.” Having a set piece that has been used before “will deliver assured quality!” He also said that it is “best to let the choreography develop organically, having created a base and foundation to build from. I use ‘the line’ because there are some things that you impress even yourself with, and you think, I will repeat that!” Having established this piece of choreography, Kenneth said that he will continue to test what can be done with it and develop the idea.

Whilst Kenneth was pleased with his creation of ‘the line’ he said he is always eager to get feedback on his work – “I am always eager to hear what the audience say about the work.” He said he sometimes goes ‘incognito’ in the audience to ask for their honest feedback. He commented that “I take their feedback and use it to readdress issues in the restaging. This is the gift of having revivals. Works are never truly finished – I am consistently building my tools and trying to do new things to push myself.”

Mike asked Kenneth to outline the range of his international commissions. Kenneth had just finished filming an advert for airline group Star Alliance in Rio de Janeiro. Kenneth has also produced an array of one act ballets for companies across the globe, including in Germany, France, Spain, Malta and America. Kenneth said that he has “lots of varied work” and, so far, has created over 30 works through various different mediums.

Kenneth is now busy researching a new Carmen for Tulsa Ballet. He said it is interesting to look back at the different versions of the opera through time and try to understand “who has done what to it to discover a new space, or avenue of the story.” He continued, saying “if there are holes in the scenario, there will be holes in the ballet,” so the most difficult thing is to make sure that the story makes sense and can engage the audience. The choreography must flow from this premise.

Kenneth has never worked with Tulsa Ballet before and was asked by Mike how he approaches working with a new company. When choosing dancers for the main roles, he said he will be “guided by who the company thinks is best” but that he will also make and send a pas de deux to audition the company, giving him some say in who gets chosen. He elaborated: “Carmen is about sexual liberty, so I need someone confident and strong. It is about more than just the steps!” Kenneth emphasised that it shouldn’t just be the top dancers at the company who get to try out; it should be open to all in order to “discover new talent.”

The final topic of Mike’s questioning was Kenneth’s latest full-length work – Geisha. The work opened in March 2020 to rave reviews and standing ovations, so Mike asked Kenneth to talk about the process of bringing this work to the stage. Kenneth started by saying that looking back over his first full-length work, Casanova, he was able to draw lessons about how he would approach the next ballet and “had a clear idea which way I would go with this ballet.”

He said that with Casanova, “what fascinated me was taking a subject people think they know and applying a new lens to this, having that opportunity to change perspectives.” And this same thinking applied to Geisha. The first step of the development of this ballet was research and Kenneth turned to expert on Japanese culture, Lesley Downer, to ensure the work was authentic. The next step was to streamline the plot, and Gwyneth Hughes – writer of hit TV shows such as Vanity Fair, and esteemed documentary maker – was instrumental in this. “Gwen and I met up to talk about what we could do on the subject. Gwen found this story about geishas and so we spent some time at the Japanese Society in London investigating how they thought about geishas and the difference between Western and Asian perceptions of what geishas were.”

He continued, saying of Geisha, “I knew this was going to be controversial, but a happy ending for a geisha is marriage or getting out of the geisha house and so the challenge was using ballet to illustrate the empowerment felt about this community.” Despite the fear of controversy, particularly given the fractious nature of the current cultural political landscape, Kenneth felt it was important to share these stories and did everything to ensure the work was “sensitive and authentic. I felt that we had done our homework and were supported by the Japanese Government and even had a Japanese professor look over the work and give feedback.” He felt that the work “couldn’t be more culturally sensitive, but it is interesting to go back and review. I want to find solutions, not cancel the work.”

Kenneth described Geisha as the “best work I ever made” saying that the development of the piece coincided with the death of his father, so the ballet was “my way of articulating this, dealing with this.”

Mike concluded his questioning by asking Kenneth to talk about his current role at Northern Ballet, where he is Resident Choreographer and Associate Director in charge of digital content. Kenneth said that “Northern started the digital revolution using social media, YouTube and streaming etc. but dance is hard to capture on film, so we are always looking to find new ways to reach a wider audience and reach people who can’t come to the theatre.” When pushed on whether he harbours ambitions to become an artistic director, Kenneth said “I enjoy all the creative aspects that a director would be involved in” but was not drawn on a definitive answer quite yet – he highlighted a number of drawbacks to the role including a lack of time in the studio!

Once Mike had finished his questions, the audience were invited to ask their own. Kenneth discussed his involvement in lighting and production design further, as well as covering more details of his international work. One audience member asked what Kenneth’s advice to a young choreographer would be, to which Kenneth replied, “practice your craft; be willing to sacrifice and learn. Choreography is not just about steps – immerse yourself in every aspect of the work. Don’t be precious. Ask those you trust to be honest with you, that’s the only way to move forward.”

Finally, LBC Chairwoman, Susan Dalgetty Ezra, thanked both Kenneth and Mike for such an insightful talk.