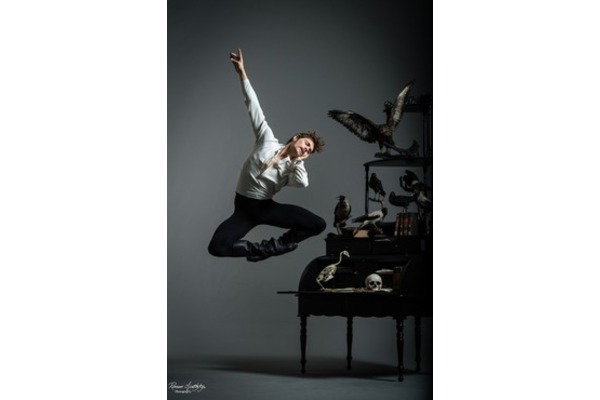 Friedemann Vogel, whose home company is Stuttgart, has performed around the globe with the world’s leading ballet companies. The latest of the LBC’s “in conversation” events saw Friedemann interviewed by writer and critic, Gerald Dowler.

In a fascinating interview that encompassed a diverse range of topics, Gerald started by asking Friedemann about his childhood. Dancing runs in the Vogel family – growing up in Stuttgart, Friedmann’s brother was a dancer and so Friedmann described his close relationship with dance from an early age and how he “wanted to become a dancer like his big brother!”

Friedemann also talked about his win at the Prix de Lausanne very early in his career (in what he called his “first experience on a major stage”), working with the legendary Anthony Dowell (which he said was “challenging but amazing!”), returning from his break for injury, appearing in the Stuttgart Ballet's new production of Mayerling and his desire to teach in the future.

A number of questions were posed on the night by the audience on Zoom – including what kind of connection to the audience he has when he dances and really gets into a role, to which he replied, you “don’t always think about or realise the audience" but, of course, the last year has taught us, they are an integral part of the experience. He was also asked whether he enjoyed established partnerships or always dancing with different people? He replied that it is great to dance with partners you know and “chemistry needs to be there, but you might only need a few rehearsals! It doesn’t mean you have to dance with them all the time.” He refused, diplomatically, to be ruled on a ‘partner of choice’ saying “there are so many amazing dancers out there!”

Lockdown has been tough for all dancers, but Friedemann reflected positively on the experience saying that “restrictions have also brought a number of freedoms”, since new innovative work and ways to present ballet were experimented with during lockdown.

This was a truly great "in conversation" event, with many amazing stories from an impressive artist who has already had a hugely illustrious career, and still has a lot to give.

A full report is now available on the 'reports' page, and a recording will be shared on the ‘members only’ page in due course.

You can find out more about our upcoming events, or join the LBC, by following the links below: