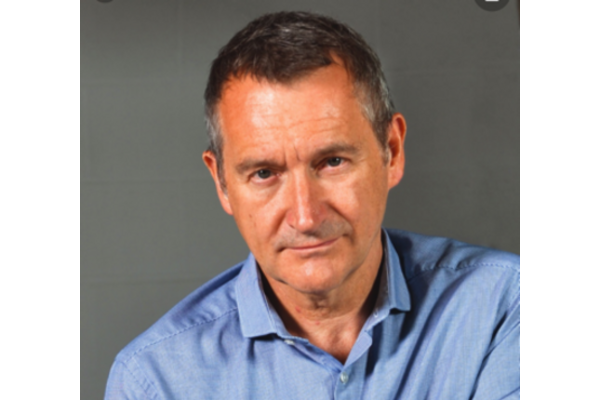 David talked entertainingly about his development both as a dancer and choreographer, his Directorships, and his ballet philosophy.
30 Nov 2021

The conversation was led by Deborah Weiss, dance writer and former dancer, who had stepped in at the last minute to replace Amanda Jennings who was unavailable.  The evening focussed on Sir David’s early life as a dancer, his development both as a dancer and choreographer, and his philosophy of ballet.  His experience as Director of BRB and other companies was discussed, as well as his current and future plans. The evening concluded with questions from members.

The Chair of the London Ballet Circle, Susan Dalgetty Ezra, welcomed Sir David Bintley and thanked him for agreeing to talk to members.  Deborah commenced by explaining that she had been a pupil at White Lodge when David had given his Royal Ballet School graduation performance as Dr Coppélius.  She commented that it had been very early in a dancer’s career to be performing a character role. David replied that he was not the type of dancer who would ever be cast as Romeo or Albrecht – he wished that he could have been!

He had joined the Sadler’s Wells Theatre Ballet (precursor to the BRB) in 1976 and within four years was performing Widow Simone. He didn’t mind what part he was asked to play and had performed a number of significant character roles very early on.  Throughout his childhood he had acted various character roles which he enjoyed – that was how he grew up.

Opportunities for individual performance were inevitably limited at the Royal Ballet School, and he had also been hampered by a knee injury. In the annual school show in 1975 David had played the part of the MC in Cabaret.  He thought it was this exposure which brought his name to the fore.  He hadn’t been regarded as anyone special before that and believes this was the performance which gave him the Dr Coppélius role a year later.

Deborah suggested that this early experience of a character role may have had a great effect on his subsequent work?  David observed that dancers have little chance to connect directly with their audiences. In that respect a role such as Widow Simone was great because it could make an audience laugh. Maybe just raising an eyebrow at the right time was sufficient.  Playing that role several times enabled one, as a dancer, to judge just how far to take an audience.  And touring with a production showed how audience reaction can differ across the country. Sometimes provincial audiences don’t have the ‘formality’ often present at the Royal Opera House!

However, he went on to emphasise that it is the role which is funny; the choreography  created by Ashton or others.  It was important that the dancer him or herself did not become so complacent as to think that the humour of the piece was entirely down to them.

Deborah asked David about the necessity of maintaining traditions in dance.  David regards himself as just another link in the chain from Ashton, MacMillan and others. It was important to preserve the way in which ballets were performed, not to lose the traditions. He cited a performance of La Fille Mal Gardée in Munich.  All the steps had been present, but the style of performance was very different from Ashton’s original version. Against that, Deborah (who had actually appeared in performances of the show in Munich) wondered whether the ballet might in fact have been enhanced in that situation by being somewhat more attuned to local humour.

David was then asked how the process of choreography evolves.  Does the music inspire and mould the dance steps?

He explained the way in which he goes about preparing a new work. One of his first ballets had been The Swan of Tuonela using the music of Sibelius. However, starting with a well known classic score did not always fit with the way he worked.  He preferred to start with a story, which he might have in mind for several years before it matured into a narrative suitable for a ballet. David explained that he did not have a sound world within his head.  He would take his ideas and a story to a particular composer. Progressions of steps then tend to form themselves as he hears the music being developed. At least, that was what usually happened!

There are one or two composers whose work particularly attracts David.  He might tell them to go ahead and compose because ‘I like whatever you do!’  And there were wonderful scores such as Cinderella and Prince of the Pagodas which had just landed in his lap.

Choreographing a ballet does not always work, and he admitted to having had a number of spectacular failures!
David was then asked whether there were ballets which, in his opinion, had been overlooked and should be revived. He responded in the affirmative, for instance Far from the Madding Crowd.

Years ago the Royal Ballet School had produced The Spider’s Banquet at the Opera House, just a single performance as was usual for such a show. It was satisfactory, but everyone recognised that it was not easy for the relative youngsters involved to do comedy. However, the show was then taken to Holland Park, where the rather less constrained atmosphere enabled it to blossom.  He would have liked to revive it at BRB but finances did not allow. He intended, however, to stage it in Sarasota (Sarasota Ballet, Florida) in that company’s 2023 programme, and enthusiastically described the unusual and enormous props planned for the show which depicts the everyday life of garden insects.

Deborah inquired about Dante Sonata and was told that this had been a casualty of the Covid pandemic.  It may well be brought back, and again David mentioned Sarasota as a possibility. He will be in Florida not to put on productions, but rather to keep an eye on the process and try to ensure maintenance of the Ashton traditions.

David then went on to talk about The Comedy of Errors, a new full length ballet scheduled for next year in Sarasota.  He had mulled over the story for more than a year but had then got cold feet. David eventually had the idea of setting the piece in modern dress in Ibiza. He realised that it was the relationships which were important and formed the basis of the story.  It was potentially comical because the audience would be able to identify with the various characters, especially Adriana. The score had been commissioned from Matthew Hindson, with whom David had worked before. He described Matthew’s music as being ‘orchestral in the age of pop’ which would be perfect for the piece, for instance, a major pas de deux had been written as a salsa.

Deborah commented on David’s enthusiasm for the Comedy and asked if he ever felt trepidation when tackling a new project. Did he ever feel he had bitten off more than he could chew?  He replied that he wanted to create the funniest ballet ever made and that was scary. Nevertheless, he was sure the audience would identify with the sometimes farcical situations depicted.  He said that it followed in the broad tradition of Ashton’s choreography; the show feels good and the score is terrific. Of course it could fail, but you can’t have fear and he never expects the worst.

Changing tack, Deborah went on to explore David’s time as Director of BRB, and how he had found his return to a more creative role.  He evinced delight in relinquishing his administrative role at BRB.  In recent years it had been very difficult and had sometimes felt like an enormous weight hanging over him, with both politics and the financial situation occupying so much of his time. He believed that it was now sorted and hoped that his successor, Carlos Acosta, would be able to keep the company on track. He knew that while the Royal Ballet might be well supported from public funds, other ballet companies experienced problems similar to those of BRB. More recently, of course, the pandemic had thrown everyone’s plans up in the air.

He was now free to think and had plenty of ideas. His brain was very active, although his knees would prevent any return to any actual dancing role. He did not intend to freelance on a worldwide basis because he valued too highly time with his family.  Nonetheless, he anticipated that he might be living out of a suitcase all around this country.  He had always been keen to foster relationships with companies he liked and intended to do his very best for them all.

Deborah asked about developing a rapport with other companies, which David said took time and effort.  He believed that certain ballets such as those of Balanchine had a basic ‘essence’ which could be relatively easily transferred between companies.  However, in his view Ashton’s style of dance took time to introduce to a new group of dancers.

There had been rumours that he was writing his memoirs, said Deborah. Not quite, said David, although he has it in mind. He had tentatively approached writing during lockdown, and it seems likely that a book will eventually emerge. He would like it to be a funny book; perhaps on the lines of Ballet Scandals (Julian Braunsweg – 1973). However, he considered his own would be funnier because he has so many stories to tell – for instance of performing in big tops in the rain!  He also regaled us with a horrific tale of performing in Tehran, in a theatre in which they were locked for the whole day, with no food, most of the cast severely afflicted by stomach problems, and just one lavatory for the entire group…..   Together with ‘security guards’ bearing sub-machine guns both around and inside the theatre. Not the usual experience of a performance of La Fille!

The evening concluded with questions from members of the Circle.

Had David any advice for would be dancers?  He admitted that he was no expert. Becoming a dancer was not cheap, and almost always involved starting at a very early age with a good teacher. There were now many schools which offered vocational training, especially in London. Deborah added that most companies now run outreach programmes designed to introduce youngsters to dance.

David was asked about Ballet-Hoo, the 2006 programme in which some 200 youngsters, mostly from deprived backgrounds, had co-operated with BRB to produce Romeo and Juliet. This had been a fantastic success and had resulted in a Channel4 TV programme. It had changed lives for some youngsters, but it was enormously expensive and time consuming. It could only be a one-off.

Fostering the development of dancers had been a most enjoyable aspect of his Directorship. For instance, he had first seen Brandon Lawrence in school – he was now a Principal with BRB.

What about David’s involvement with Japan? What a different environment! And yet David found that he fitted in there.  He had been invited to take on the directorship of a Japanese company (National Ballet of Japan) in addition to running BRB, with a 3 year contract which actually ran for 4 years. The Japanese were keen to have a British director, bringing British traditions. Of course, he didn’t speak the language and suspects that his various translators were too polite to relate to him all the difficulties!

Would he ever go back to performing? No, his knees would not permit it.  He had tried to act Widow Simone and found that the effort was almost more than he could cope with, so no performing from now on!

In conclusion, Susan thanked Sir David most sincerely for his time and for providing such interesting insights into his world. It had been a terrific evening!