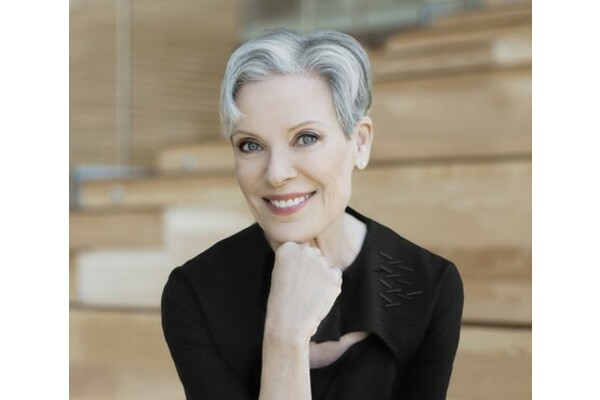 Via Zoom from Canada, Karen Kain afforded a fascinating insight into her illustrious career both as a prima ballerina and as a Company Director.
12 Sep 2021

KAREN KAIN "IN CONVERSATION" WITH JANE PRITCHARD, LBC MEMBER AND  CURATOR OF DANCE AT THE V&A

Opening the interview Jane Pritchard asked Karen Kain to outline her early days as a dancer. Karen replied: “I was not a very ambitious young child”, but explained how whenever there was music in her home she would start “flying round the living room.”

Her mother arranged for her, at 8 years of age, to attend dance classes put on by a teacher in her basement where there was “one recording of Patti Page singing The Tennessee Waltz. That’s what I danced to for an entire hour.” She was soon relocated to a better teacher who in turn recommended that she be sent to Canada’s National Ballet School.

Moving on to more recent times Jane wanted to know about Karen’s priorities when she became the National Ballet’s artistic director (in 2005).  Karen said she always wanted the quality and variety of the company’s repertoire to be challenging in different ways, exposing the dancers to a range of choreographers.

In 1972, when she was a young dancer in the company, Rudolf Nureyev had arrived to direct and star in his version of The Sleeping Beauty. After a countrywide tour, this climaxed with a month at New York’s Metropolitan Opera House.

“Can you imagine”, said Karen, “ the excitement and what it offered the young artists at that time?”

The company’s first director, Celia Franca, had always brought in outside choreographers and this had been part of Karen’s education as a ballerina so, in her turn as artistic director, she wished to replicate this approach. She wanted a broad repertoire “to challenge and provoke” the dancers.

One of the choreographers she chose was John Neumeier whom she had known since his ballet Don Juan had been staged during Nureyez’s association with the National Ballet. “That was my first exposure to John and his work which was so different to anything else I’d been challenged by,” she said. Swan Lake and The Sleeping Beauty were big challenges but they did not ask a dancer to dig deep into their psyche as did Don Juan; “to recreate these much more human, down-to-earth characters.”

She added: “John works with dancers like a director would work with characters. The movement comes out of the drama. Not just steps that are beautiful that you execute beautifully but the inspiration is much more emotional.”

Since she had been directing the company, she had brought in more of Neumeier’s work and the dancers loved it.  They had taken his ballet Nijinsky to Paris and won an award for it.

She also wished to develop some of the choreographers from within the National Ballet company and one such was Robert Binet. She also hoped the company would perform work by Jirí Kyllián. And Crystal Pite, a fellow Canadian, had created a new work, Angels’ Atlas, for the National Ballet. The company also had James Kudelka, its artist in residence, among whose best known work was a Nutcracker, performed every Christmas. Unlike other versions, she explained, it is set in Russia, has two young siblings, a boy and a girl, as main characters, and features among other things a Sugar Plum Fairy who emerges from a giant Fabergé Egg. “I never tire of seeing it and that’s not something you can say about Nutcracker too often!” she said.

Jane noted that the National Ballet was also involved in various co-productions, and was keen to hear more about their collaboration with the Royal Ballet in Christopher Wheeldon’s Alice’s Adventures in Wonderland.

Karen replied: “He is one of the best choreographers on the planet today. I love the way he utilises the classical ballet technique but he has his own modern take on it. The dancing is very demanding but he is a dream to work with. His musicality is absolutely gorgeous.” She added: “I love his values. He gives the dancers such ripe acting roles, deeply dramatic roles. I would love to have been in some of his ballets but we didn’t have any when I was dancing.”

Co-productions were an excellent way of meeting the cost of putting on a show as well as working with other choreographers and dancers. Another forthcoming production with the Royal will be derived from a book by Margaret Atwood, choreographed by Wayne McGregor.

Jane then asked about some other challenges facing today’s artistic directors and Karen said that taking care of dancers physically, mentally and emotionally was so important. “We now have a full wellness team that was developed during my time,” she explained. The company had its physios and knew surgeons it could trust if dancers had major injuries to be treated. “It all hopefully makes their dancing lives a little less painful,” she said.

Turning to international touring Karen said she hoped the tour to London cut short by Covid could be revived but also mentioned an earlier Russian tour that included Crystal Pite’s Emergence. The first night was before an invited audience of officials, diplomats and the like. “I don’t think they were so sure about Crystal Pite and the opening night was very disappointing.” But subsequent performances were successful. “The ballet-loving public went crazy.”

Jane wanted to hear about other choreographers she had worked with and mentioned Roland Petit. Karen replied: “I had so much fun with Roland Petit and how much I learned from him. I danced in Paris, all over Europe, with his company and he created ballets on me; not great ballets but some beautiful pas de deux.” And she said: “There has to be some level of entertainment. It can’t just be a serious, difficult undertaking.” During this period she “escaped from the National Ballet” for some time which was, she said, good for her colleagues as she was not assuming too many principal roles.

Another choreographer she had worked with was Eliot Feld in New York. She described him as a “serious choreographer. Not as slapstick and fun as Roland Petit but he demanded things from me that no-one else had; the way I thought and approached the music, the way I did his choreography which was different from anything I had ever done.”

Karen also recalled her time working with Erik Bruhn and Glenn Tetley at the National Ballet. Bruhn had created a version of Swan Lake, the first set in just two acts and which gave more emphasis to the role of the principal male dancer. He also gave it a tragic, rather than a happily-ever-after, ending.  For Tetley, who created a version of Alice with both an older and a young Alice, she had danced the older character.

Asked to recall her favourite rôles she said: “I loved Sleeping Beauty  when I was young. I loved all the jumping because jumping was my forté, turning was not my forté. I loved doing it with Rudolf.” She added: “Swan Lake also has a very special place in my heart.”

Karen, although having stepped down as the company’s artistic director this year, is still very much involved with the National Ballet and is creating a new Swan Lake inspired by Eric Bruhn’s version. Its production was halted because of Covid but it is now getting underway again.

Asked to comment on some of her favourite partners, in addition to Nureyev, she recalled Frank Augustyn, her first major partner. “He had the ability to sense what you needed,” she said. “ We could hear music the same way, we had a combined musicality.”

Jane wanted to know about the company’s future plans. Karen said the company was re-opening this November with Crystal Pite’s Angels’ Atlas and Nutcracker at Christmas, and then she was overseeing Elite Syncopations, a mixed programme, Sleeping Beauty and Neumeier’s A Streetcar Named Desire for next March followed by the new Swan Lake in June.

She no longer had the stress of being the director and being constantly in meetings. “Now it’s the icing on the cake. I get to be in the studio.”

Turning to audience questions, one member wanted to know how the National Ballet became involved in a co-production of Cathy Marston’s Victoria with the UK’s Northern Ballet. Karen explained that Northern’s director David Nixon was a friend whom she had partnered while he was with the National Ballet of Canada.

Another questioner asked what were the characteristics of the National Ballet School. Karen said: “Its teaching is straightforward, unembellished, no mannerisms. It’s the best of British and French training combined. A dancer has to have a purity. You can take on mannerisms when you have specific choreography.”

Winding up the conversation, Susan commented: “I can’t tell you how proud I feel to be Canadian.” She said interest in that evening’s Zoom interview from many countries proved “that ballet has no borders”.