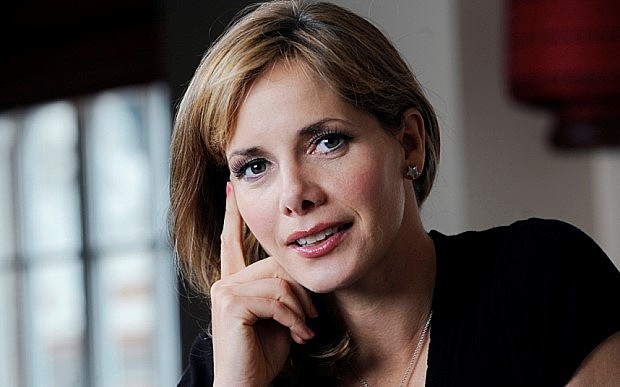 Now a Vice President of the LBC, Darcey brought members up to date with her recent and current dance-related activities.

This very special evening, held at the Royal Ballet School in Floral Street, started with the announcement that Dame Darcey had very generously agreed to become a Vice President of LBC.  The Chair, Susan Dalgetty Ezra,  thanked Darcey for agreeing to take on this new role, and for the impetus it would provide to LBC’s charitable work and overall profile. Susan said she was sure all LBC members would be delighted about this, and that the LBC would look forward to welcoming Darcey to any future events that she was able to attend.

Amanda Jennings, writer and critic for Dance Europe, introduced Darcey to an audience of over eighty enthusiastic members and guests. She reminded those present that Darcey had appeared in all the major roles as Principal Dancer with the Royal Ballet Company, and that many roles had been created for her, most notably by Kenneth Macmillan.
Following Darcey’s retirement in 2007, she had then pursued a very busy and active life in the world of dance, including her well known work as a judge on “Strictly Come Dancing”, and presenter of The Royal Ballet’s live cinema relays.

Darcey began by talking about Diverse Dance Mix (DDMIX) – a form of dance based fitness exercise that she has devised and choreographed. She emphasised that DDMIX is meant to be fun. It is simple to follow (consisting of 4 basic steps) and is open to everyone whether dance trained or not. There are classes for adults offered in various locations throughout the UK, delivered by DDMIX accredited instructors.  It is also being rolled out to various primary schools, as part of the PE curriculum.

Darcey and her DDMIX team have been visiting schools who have expressed an interest in finding out more and have also held a number of events to explain and promote it.  Darcey’s aim is to make this an enjoyable and accessible form of exercise, and to get children moving. She is very keen that DDMIX reaches out to children of all backgrounds, some of whom may have never had the opportunity to dance before.  Darcey explained that there had been some challenges in trying to get schools to engage in this initiative. It is a new idea to have dance as a subject, and most schools have very little time to devote to physical education because of other competing demands to fulfil the nationally prescribed curriculum.  Darcey was pleased that schools who had taken it on were very enthusiastic and able to see the benefits, so she was hopeful that the scheme would expand and grow.

Darcey told the audience that she actually hates doing regular forms of exercise herself, but of course loves dancing. She believes that participating in dance can promote good mental health, and that the classes provide an opportunity for everyone to socialize and enjoy themselves.

Amanda asked Darcey to tell the audience about her work with dance documentaries.  Darcey spoke of her particular admiration for Fred Astaire and Audrey Hepburn, and how making these programmes had given her the most wonderful insight into their worlds.  She had also particularly enjoyed working on a film about Dame Margot Fonteyn and acknowledged that she had been a “massive influence” on her throughout her dancing career.

Darcey is President of the Royal Academy of Dance.  She explained that the Academy’s main function is to ensure that there is a good standard of ballet teaching in the UK.  She believes that, as a result of their work, dance teachers are being trained to the highest standards within the UK.  The RAD now also works in over 89 countries around the world to help support this objective. She spoke about some of the outreach work, such as “Step into Dance” that the RAD promotes, and mentioned the “Silver Swans” scheme which is aimed at enabling the over 55s to learn and take part in ballet classes.

Darcey said that the felt that dance “could touch people in so many ways” and thus she was so pleased there had been renewed interest in all forms of dance in the past few years, as she believed this could only be for the overall good of individuals and society as a whole.

Amanda then asked Darcey to share her views on the future of classical ballet, given there was so much active development and promotion of other forms of dance.  Darcey was frank in saying that she thought “Ballet will always struggle”, but that she felt companies were now becoming wiser about how to bring in and appeal to a wider audience. This was illustrated by the development of the open air and film screenings that were now widely publicised and supported by the general public.

Darcey also said that she was of the firm view that Ballet is an international language that is understandable to all. It is a great language in tackling difficult expressions, feelings and subjects. This is one of its great strengths and why she believes it will survive and grow.

Darcey spoke about her work coaching today’s dancers in roles she has danced in the past. She has not trained as a teacher, but really enjoys passing on technique and getting the best  out of individuals. She feels that any dancer who is able to do this is making a real contribution to on-going development and survival of seminal works and ensuring that the legacy of great choreographers is kept alive.

She talked about working with Kenneth Macmillan and how she liked the way that Kenneth was  always conscious of a dancer’s strengths and would adapt the choreography for them. She reminded the audience that she had worked with Kenneth on Winter Dreams and how she had developed and grown through this experience. She also enjoyed working on the revival of Sylvia (Frederick Ashton) and loved the way that the central character was a strong and forceful woman, and quite different from some of the more traditional female roles in classical ballet.

However some of her favourite roles were the ones that were not typically suited to her, as she enjoyed the challenge of seeing what she could do to make them “her own”. She gave the example of dancing Juliet, who is traditionally seen as vulnerable young girl caught up in  feuds that she cannot really understand,  and how she had to work hard to interpret the character and the physicality and make her come alive on stage.   Another favourite, but for different reasons was dancing in Song of the Earth because she really enjoyed having opera singers on the stage and found this very inspiring.

Darcey also said it was important to recognise that sometimes partnerships did not always work in certain roles, and it was important to be open about this. For instance, there had been difficulties when she tried to dance Manon with Irek, and they both had to step away from doing the ballet as a pair and move on.

Darcey currently acts as Patron to a wide variety of organisations including the IDTA and Cecchetti UK and Australia. She is a great fan of the Cecchetti style of dance. She was taught the Cecchetti technique when she first started learning ballet as young person, and it has stayed with her. She feels its emphasis on epaulement is very important and that being exposed to Cecchetti helped her improve her technique and musicality in ways she cannot quantify.

Darcey did not join the Royal Ballet School until she was 13 and at that stage had never even done a ballet exam. She recalled that had so much to learn but found every aspect of the training there to be “brilliant” and feels that they continue to do an amazing job with students to this day.

Darcey said she feels it is very important that today’s dancers do not become over preoccupied with “posing” and over extending positions. For her, the art of classical ballet is the shape and alignment of the body and their physicality.  Teachers recognise that everyone will have a different strengths, which is largely dependent on the shapes their body can make.. She was tall for a dancer which presented her with several challenges, but through careful coaching and teaching she learnt to use her height to her advantage, and to make it an asset.

Amanda asked Darcey about her family and home life and how she had coped with the pressures of being a principal dancer with two children.  Darcey explained that when her daughters were very young she would try to take one of them with her when she went touring. She nearly always took her mother with her too who was a great source of strength, encouragement and practical help.

At the conclusion of the conversation Darcey answered a question from a member of the audience about her appearances as Judge in “Strictly Come Dancing”. She admitted it had been a huge challenge when she first started, as it was so different from anything she had done before. She had found it quite terrifying to have to make comments spontaneously, knowing that the broadcast was live, and that there was no editing of the show.  She got to know the whole team very quickly and she was very impressed by their dedication and professionalism, and the support that they provided to her.

It was a very exciting time for her, and now she had moved on she missed the people she worked with, and all the “characters” such as Len Goodman, but she had more than enough other dance-related projects and activities to occupy her.

The evening concluded with much enthusiastic applause from the members of the ballet circle, and a heartfelt vote of thanks from LBC Chair Susan Dalgetty Ezra.  Darcey then very graciously signed autographs and had her photo taken in response to multiple requests from the members present.

Overall it was a very memorable evening and most certainly an important highlight in our 2019/20 programme!

Written by Jo Blake and edited/approved by Darcey Bussell