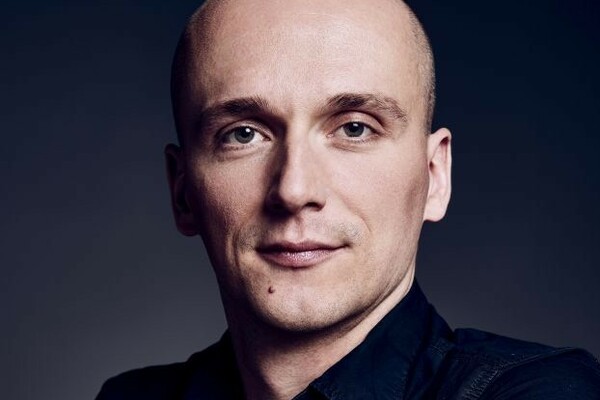 Ernst spoke with Graham Watts about the many facets of his career as a dancer, choreographer and director.
24 Nov 2020

Yet Ernst had never expected to become a dancer. The son of musicians he learnt to play the violin, but was shy, so aged four attended ballet classes simply to help him socialize. Aged 9-10, however, he auditioned for the Dutch National Ballet Academy in Amsterdam, and watching Swan Lake ‘was the moment the magic hit’ - at twelve his love of the arts was affirmed. A summer school at White Lodge left a strong impression, and at seventeen he joined the Royal Ballet School where his peers included Peter Reiner, Kosuke Yamamoto, Alexander Whitley and Rainer Krenstetter, all now prominent in the ballet world.

Ten years with the Royal Ballet at Covent Garden brought many highlights, with Sir Anthony Dowell, Ross Stretton and Dame Monica Mason as respective Directors during that period. Ernst Meisner’s ‘first big moment’ came in William Forsyth’s Vertiginous Thrill of Exactitude – learnt ‘in a rush’ in three days with little sleep and only two rehearsals! Another highlight was dancing the part of Benvolio in Romeo and Juliet in 2010, with Edward Watson as Romeo, while world tours encompassing the USA, China and Japan held ‘very, very, special memories’.

The years 2000-2010 proved a ‘very rich period for modern ballet’, when a number of young choreographers emerged and made their mark, such as William Forsyth, Czech-born Jiri Kylian, who choreographed Symphony of Psalms for sixteen dancers, Christopher Wheeldon and Wayne McGregor, now the Royal Ballet’s Resident Choreographer.

Turning to Ernst’s own choreography, he agreed that they had ‘all played a part’ and influenced him, particularly Christopher Wheeldon. ‘As a dancer you take all of that with you then take it to another place’. Nevertheless, Ernst felt that some of his early ballets were not very good! Whilst he never performed in any of them, workshops and the old Linbury Studio provided a special venue and the freedom for young people to be creative.  Although it was sometimes difficult to combine being a dancer with choreographic rehearsals, he was keen ‘to make something’, a wish he pursued later in his career.

In 2010 he participated in a 5-day ‘rural retreat’ for future managers (Tamara Rojo had joined too), and shadowed Ted Brandsen, Artistic Director of the Dutch National Ballet. It was an opportunity to return home to Holland, but also an excellent opportunity to build new relationships and gain new perspectives. At this crucial time when Ernst  was considering whether to remain with the Royal Ballet or move on, ‘Dame Monica Mason was incredibly supportive’. It was the perfect time to change.

To have such opportunities and inspirational leadership was crucially important, Ernst stated. The facets of his own choreographic process and how it evolves was hard to describe, he maintained, but he had ‘learnt to do less in advance - scary but better!’ and to involve the dancers directly. Collaboration with the ‘very musical’ Urban Dance Group proved particularly inspirational. For an abstract ballet the dance/ers came first, then the music, whereas in Dorian Grey the story came first, then the music. Since finding the right music for a new ballet can be difficult, he now lists for future reference any potentially appropriate music he hears.

There are definitely works that could be filmed or revived, Ernst conceded, but he was ‘more interested in moving forward, rather than reviving ballets and looking back. No longer dancing, he enjoys each aspect of his work, and loves being part of a group and working with young people, so his interests combine and ‘there is no need to choose between the three roles’. For the records, however, he will list all the ballets he has created. Although Ernst did not revive it, he decided to bring into the repertoire in Amsterdam Kenneth Macmillan’s Concerto, staged for the Dutch National Ballet's Junior Company and School by Julie Lincoln. Unfortunately lockdown due to Covid-19 was imposed just as the company was about to go on tour.

Overcoming Covid-19 restrictions in March 2020 ‘was tricky’ but, remarkably within five days, the Prop Department had made a small barre and 4 square metres of flooring, delivered to each dancer in order to maintain the daily training. It was fortunately providing a positive and vibrant means of connecting dancers and balletomanes worldwide via Zoom and film projects, notably Ernst’s very popular ballet class originally intended for his dancers and students but followed by both students and professionals all over the world.

For students and young dancers it is a crucial time, and trying to cope with the uncertainty is difficult at all levels. Junior dancers, Ernst commented, were at least in the company and will perform, whereas students graduating now are really worried; there is much talent, but no auditions. Taking special care of the young, he is very patient and encouraging in class, where music and musicality are key elements. He observed that although dancers were very committed and worked hard at home in confined spaces, once back in class they needed to build up again gradually and to readjust to ‘travelling’ in a large studio.

Ending on a positive note, Ernst was pleased that Covid had increased international collaboration and inter-connectivity between the major ballet schools on a weekly basis, and regarding plans for summer schools. He hoped that that spirit would endure and that 2021 would be a better year for everyone.