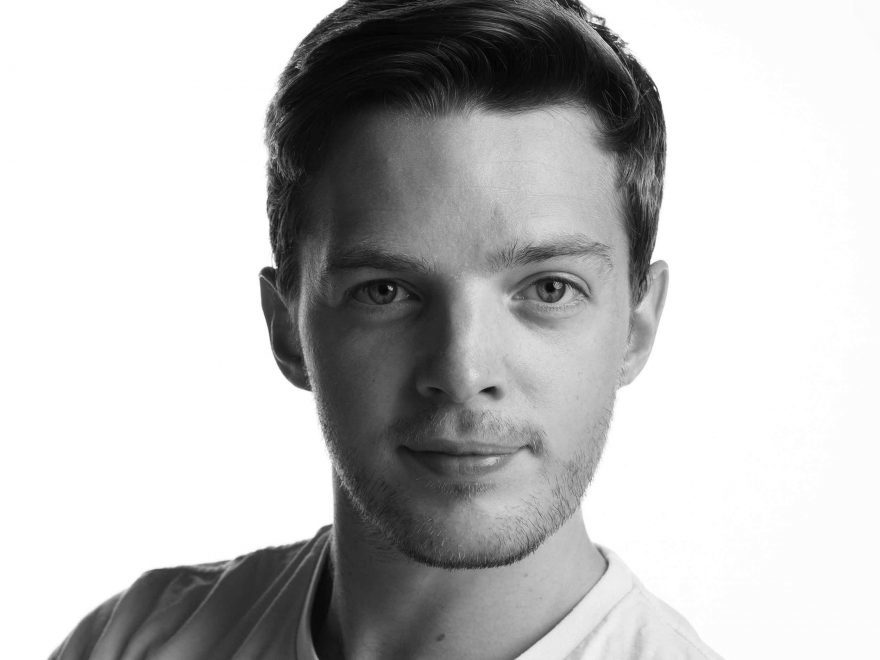 How does an energetic boy keen on football, karate and swimming transmute into a classical ballet dancer? Well, by ‘always dancing around to music’ as a 6 year-old and attending Vanessa Hooper’s ballet school in Hull, like his sister. This was never a problem as Joseph’s parents were supportive, not pushy, and there were other boys such as Xander Parish – though Joseph did admit to once skipping a class to play football!
Although he had not seen a ballet or envisaged a career in ballet – ‘a tough industry’ – his first teacher noted his potential, and he became a Royal Ballet School Junior Associate before Dame Merle Park (then a Director of the RBS) offered him a place at White Lodge. Initially, Joseph was rather laid back; not until his 3rd year there did ballet really become significant in his life. ‘It clicked’ when he was 14/15 and ‘the path was laid out’; ‘Anatoly Grigoriev pushed students hard!’ Top of the class in his second year, Joseph was asked what his goal was: ‘a soloist’ he replied modestly, but by the time he graduated he knew that he wanted to be a principle.
Moving to the Upper School then in Talgarth Road, ‘it was nice to be in the real world in London’. It was also an extraordinary time regarding certain other RBS students who were all successful, and great friendships were formed despite competing with each other. Former students he recalled included Xander Parish (Mariinsky Principal) and his sister Demelza (1-2 years below Joseph, later in the Royal Ballet), Steven McRae (the year above Joseph) and Alexander Campbell (Royal Ballet Principals), Alexander Jones and William Moore (Principals in Zurich), Aaron Robison (San Francisco Ballet Principal) and Liam Scarlett (choreographer).
That 1st year was particularly formative preparing for the professional stage, the work ethic, and the audience dynamic with its pressures on a young dancer. Joseph was therefore ‘always striving to perform and act well’. His efforts were rewarded by winning the Adeline Genée Award silver medal plus Young British Dancer of the Year in 2003, and the Prix de Lausanne scholarship in 2004. Commenting on the role of competitions, he observed that they were worthwhile, especially for discovering new talent and for the accompanying publicity, but warned that focusing on one solo and nothing else could be dangerous: there was ‘more to ballet than jumps and pirouettes, and social media highlights tricks rather artistry’.

Artistry was a vital element in the transition from the RBS to professional life. From Joseph’s 3rd year there he was offered jobs, joining the Birmingham Royal Ballet in 2005, aged 18. He did not regret not joining the Royal Ballet. His career with BRB was characterized by principal roles early on, providing opportunities as well as experience. Experience, he explained, ‘was the hardest thing to gain’. Due to his shyness, however, ‘stagecraft did not come naturally’ to him; he had to ‘work very hard to break out of his shell’, and is ‘still learning and developing that aspect of performance’.

He found the role of Albrecht in Giselle difficult to dance as a young man since ‘it required stamina and nerves can drain energy’. Nevertheless, Joseph enjoyed the role’s physicality and the artistic challenge – always moving to the next level. In this regard he readily paid tribute to his teachers and coaches. ‘It was amazing to have Anthony Dowell coaching for Swan Lake’ and Oberon in The Dream. Irek Mukhamedov was ‘most inspiring’ too, while Joseph’s idol, Carlos Acosta, coached him for Le Corsaire: ‘it was super inspiring and encouraging to watch him and learn’.
Joseph was also keen to learn from his various co-dancers and partners, of whom he spoke warmly. In particular, he described his role as Des Grieux partnering Alina Cojocaru in the English National Ballet’s production of Manon. Dancing with her created an exceptional bond, and due to the ‘chemistry and physicality’ that developed ‘we could converse with our bodies’ in Approximate Sonata. Never having previously danced in any of Liam Scarlett’s ballets, Joseph was especially pleased to perform in No Man’s Land at the start of the season, and ‘enjoyed working with him finally’!

Whilst Joseph enjoyed the Macmillan and Ashton ballets as well as e.g. Still Life at the Penguin Café and abstract works by Balanchine, and had been promoted to Principal Dancer in 2011, after 12 years with the BRB he felt that he had become too comfortable. He therefore responded positively in 2017 when Tamara Rojo emailed him in Australia, where he was a guest artist with the Australian Ballet. He also partnered Miyako Yoshida as a guest artist with Star Dancer Ballet in Japan.
The ENB represented a new challenge. Joseph wanted to push himself, and was soon promoted to Lead Principal. He found the ENB very similar to the BRB, funding exciting new ballets, for example Le Jeune Homme et la Mort – ‘an iconic male role’ in Joseph’s repertoire. Tamara was establishing a ‘new movement’ in the ENB, with a ‘fresher turn-around of dancers’ and distinguished coaches, and Joseph noticed his technique improving. Although the ENB’s style differed slightly from the BRB’s, he saw himself ‘as a very English dancer, having gone through the entire system’. He now feels very confident and calm in the company, and is ‘raising the English flag in the ENB!’

Written by Jana Buresova and edited by Joseph Caley