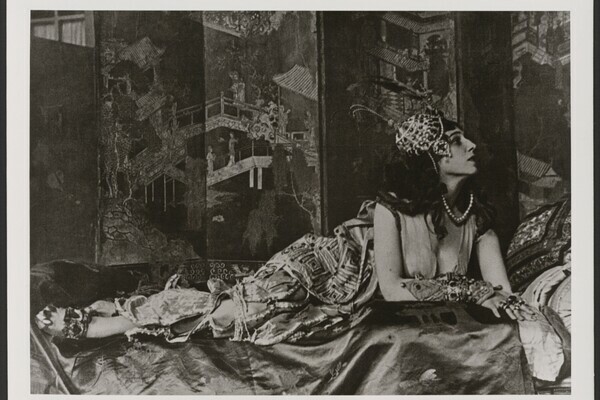 The LBC is the oldest non-affiliated ballet appreciation society in the world.

The founder, Stanley Hawkins, was a librarian by profession, a regular theatre goer, and a member of The Gallery of First Nighters. After World War II, and with the emergence of home-grown companies (notably Vic-Wells and Rambert), he and a group of friends felt that there should be a separate society dedicated to the art of ballet. Among the first to enrol with the LBC were the eminent critics Clive Barnes and John Percival and several key figures from the world of dance lent their support as Honorary Members,

(Miss) Ninette de Valois was asked if she would become President and, even though she was choreographing, and sometimes dancing, alongside running her company, to everyone’s delight, she agreed. However, this was on the condition that the LBC did not become a fan club for her dancers but, rather, would be educational and instructive. As the LBC’s first guest speaker, Madam emphasised the need for members to be a knowledgeable, supportive and welcoming audience for both home and visiting companies.

Initially, the LBC was a performing club with classes for members being regarded as the best way to learn and gain an understanding of ballet terminology and technique. Young dancers, including Beryl Grey and Peter Wright, were among the teachers. The classes and performances lapsed after a time on the basis that members who wished also to be ballet students would be better served in specialist establishments.

As a number of longer term members will recall, during the tenure of Michael Broderick as Chair (for 30 years no less!), the LBC organised group travel to performances at home and abroad as well as to the Yorkshire Ballet Summer Seminars. And there was a time, as well, when the LBC was able to finance new ballet productions.

But the environment in which the LBC operates is ever-changing, in terms both of members’ priorities and preferences and of the burgeoning number of events offered by dance bodies themselves. Therefore, whilst it has maintained its programme of ‘talks’, the LBC has continued to develop a variety of affordable opportunities for members to deepen their knowledge of ballet, not least via visits to school classes, company rehearsals, and exhibitions. And we have collaborated with a number of Friends and similar dance organisations in a way which has both widened their programmes and attracted new members to the LBC.

More recently, of course, the LBC’s activities have ‘gone virtual’ with the result that we have been able to welcome guests from abroad via Zoom, thus remaining true to the original ethos of the LBC in spite of the pandemic. We are also delighted to be growing an international membership.

Although philanthropy was integral to the LBC from the very beginning, it was not until 2008 that the Circle became a registered charity and began to operate according to Charity Commission rules. The need to support students, schools and dance organisations remains uppermost in the minds of the Trustees and, even though we are a small charity, we are continuing to broaden the reach of our donations. Therefore, alongside the inclusion of several new recipients, a particular focus of the LBC’s recent giving has been support for projects which reach out into communities and widen participation in dance.

It is with aims such as these that the Trustees look forward with optimism to the years ahead.