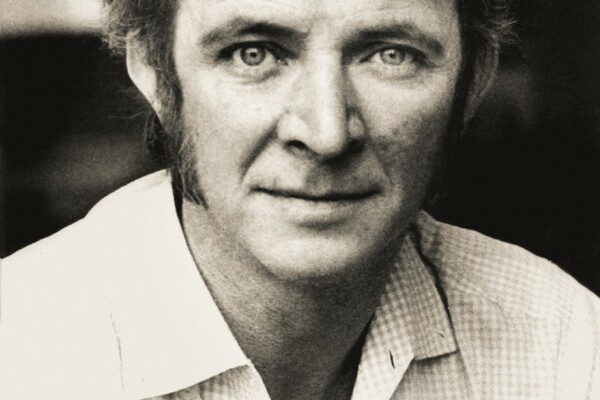 ** POSTPONED ** Book Launch of 'Cranko; the Man and his Choreography' ... (Members only) 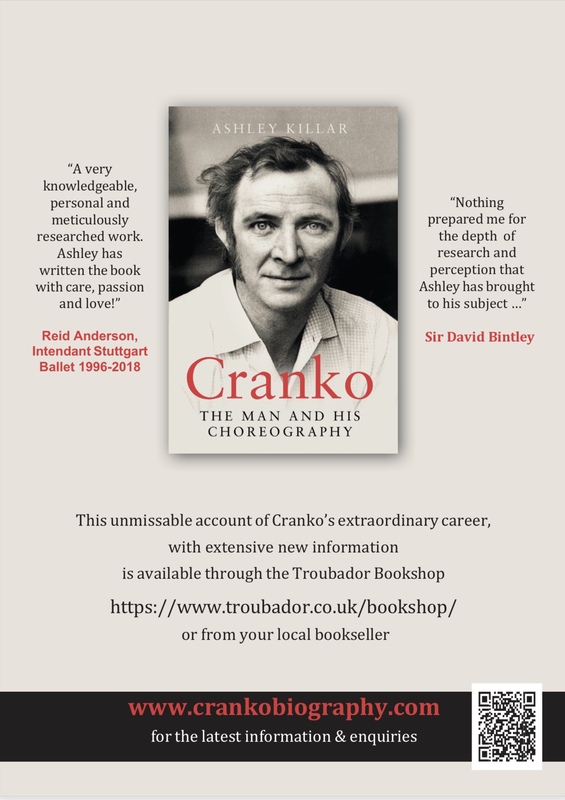 Due to rising cases of COVID in the latest wave in Australia, author Ashley Killar has taken the tough decision to cancel his forthcoming trip to England to launch this book.

We hope he will be able to re-arrange this event at some point next year.

Please accept our apologies for any disappointment and thank you for your understanding.

A new book on legendary choreographer John Cranko will be published in September.  The LBC have been generously offered 12 seats at the official book launch to be held at LAMDA, the old Royal Ballet premises at Barons Court, on Saturday 1 October 2022 from 3-5pm.

The launch will include a slide presentation of Cranko-related photos and a talk by the author Ashley Killar.  In his words, “We’ll be using the nicely conserved Baylis Studio, a venue that is sure to kindle memories for many former dancers attending our function.”

These places have kindly been offered free of charge to the LBC and will be allocated to the first members to apply.   If places are no longer available, please email [email protected] to be placed on the waiting list.

Shortly after the New York Times had hailed John Cranko’s achievement as 'The German Ballet Miracle', his death mid-Atlantic deprived the world of one of its greatest choreographers.

After leaving his native South Africa at eighteen, never to return, Cranko quickly became a resident choreographer with the Royal Ballet.  He collaborated closely with luminaries such as Benjamin Britten and John Piper and encouraged the young Kenneth MacMillan.

Tirelessly innovative, he devised a hit musical revue, Cranks, as well as perennial favourites such as Pineapple Poll.  His charm and wit endeared him to colleagues and royalty alike, but in the late 1950s his star began to wane.  This, and a much-publicised scandal, drove Cranko to leave England for Germany.

There, his work as director and choreographer of the Stuttgart Ballet enjoyed phenomenal success in USA, Russia and Europe.  Fifty years after his tragically early death, Cranko’s story ballets continue to enrich ballet audiences around the world.

About the author, Ashley Killar:

Ashley, who lives in Australia, is an LBC Member who is sure to be remembered by many who were watching ballet in the 1960s and 70s. He joined Stuttgart Ballet on graduation from the Royal Ballet School, was a founding member of Scottish Ballet and was a Soloist with Sadler’s Wells Royal Ballet.  Subsequently, he was Ballet Master for PACT ballet in South Africa, formed the NAPAC Dance Company in Kwa Zulu-Natal and directed the Royal New Zealand Ballet for six years.

Cranko had a personal association with the LBC too …

“.........Cranko was feeling restless as ever. He jumped at the chance to choreograph two new pieces for The London Ballet Circle, a group of ballet enthsusiasts who had arranged performances at London’s Fortune Theatre. Cranko produced two small ballets with music written for piano duet: the first was Stravinsky’s Eight Easy Pieces, a series of burlesques of popular light music...... The Ballet Circle’s production budget generously stretched to afford costumes and scenery. Cranko asked Desmond Heeley to design the new works: this was the first of Heeley’s several commissions for ballet before he was snapped up by international opera and drama producers.”

Link to pre-order the book