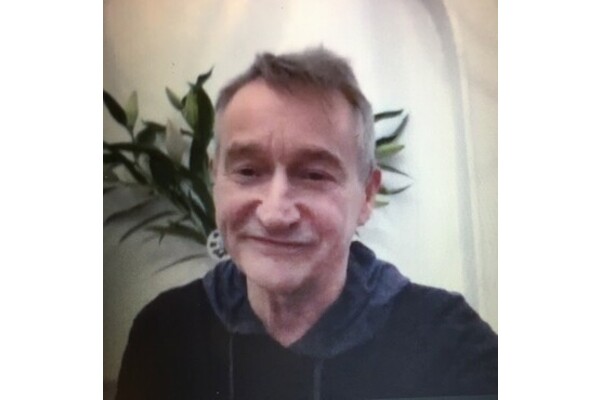 Chatting animatedly over Zoom with his former colleague, the dance writer Deborah Weiss, David Bintley opened the door for his audience on the many and various aspects of his extraordinary career.

Beginning with his very early foray into taking on high profile character roles and the benefit to him of 'growing up with Ashton, the conversation moved on to his choice of choreographic subjects and the nature of the collaborative process in which he engaged with composers and designers.

While, initially, David had not anticipated fully the pastoral side of a Director's role, the development of dancers had been a key artistic priority for him alongside repertoire choices. He was rueful that, over time at BRB, the creative elements of his role had been somewhat overtaken by financial and 'political' considerations. His four year appointment in Japan had been fulfilling insofar as David had been able to develop the company there both artistically and managerially.

Far from being 'retired', David has recently been helping BRB mount The Nutcracker in Birmingham (in a version he originally adapted for The Royal Albert Hall) and writing a book focused on a series of 'funny memories'. In terms of his freelance career, he is "seizing opportunities while cherishing family". One such opening, in Sarasota in March 2022, is the remounting of his Comedy of Errors.

His audience was left assured that David had as "many ideas buzzing around" in his head as ever and that there would therefore be opportunities to enjoy his work well into the future.

A FULL REPORT ON SIR DAVID'S TALK IS NOW ON THIS WEBSITE (UNDER REPORTS) AND A RECORDING OF THE CONVERSATION WILL BE AVAILABLE IN THE MEMBERS ONLY SECTION IN DUE COURSE.