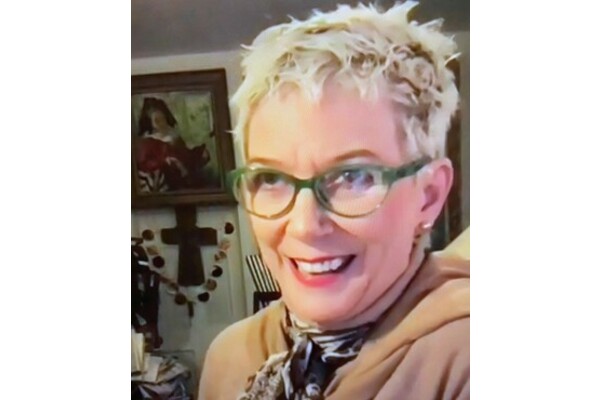 We all know Gene Kelly – the legend, the genius, the Hollywood star – but, in conversation with Graham Watts via Zoom, LBC guest Patricia Ward Kelly painted a fuller picture of her late husband.

Patricia started the interview describing how when she met Gene Kelly, she didn’t even know who he was! She went out to California to help him write his memoirs and then “five years into the process we were married!”

The interview also covered Gene’s remarkable career on Broadway and in Hollywood. Patricia described the significance of Gene’s spell on Broadway, saying it is where he discovered how to use “movement to tell a story and propel a plot." Patricia shared many extraordinary stories, including Gene’s meticulous direction skills, his revolutionary camera techniques, and his ambition to understand how to film dance and movement better.

Patricia is a trained archivist. When Gene passed away, his collection passed to her and over several years, she has been looking through the collection of notes, reports and memorabilia, and working on his memoirs. Patricia described the poignancy of this for her – “I had grief to deal with” – and said that there are so many stories to tell, it is difficult knowing which ones to choose! Patricia wants the memoirs to reflect how Gene revealed himself to her over their decades of acquaintance and share “more about Gene’s creative processes, what inspired him, what touched him.” She joked that only she could do this work, because his handwriting was so dreadful, only she could understand it!

The discussion then turned to Scottish Ballet’s new production of Starstruck – a ballet Gene originally created for Paris opera Ballet in 1960. He was the first American choreographer to premiere work at the Palais Garnier and Patricia said of Scottish Ballet’s new production, “Gene’s ballet was the joyful thing audiences needed!” The range of styles - incorporating modern, classic and jazz, to name a few - make this ballet a challenge for dancers and was revolutionary at the time it was created. In this section of the interview, Patricia touched on Gene’s relationship with Kenneth Macmillan, a choreographer with a shared interest of using dance to tell a story.

The interview concluded with a discussion about Gene Kelly’s legacy. Patricia’s work has helped bring his films to the attention of a new generation and the Gene Kelly scholarships, administered through the Dizzy Feet Foundation, helped many aspiring dancers before the pandemic.

Patricia described Gene as “a phenomenal genius but also a man of great decency and integrity.” Through her encyclopedic knowledge of his work and by sharing some incredible stories and memories, Patricia made this event truly fascinating and insightful.

A RECORDING OF THE CONVERSATION IS AVAILABLE IN THE 'MEMBERS ONLY' SECTION OF THIS WEBSITE.