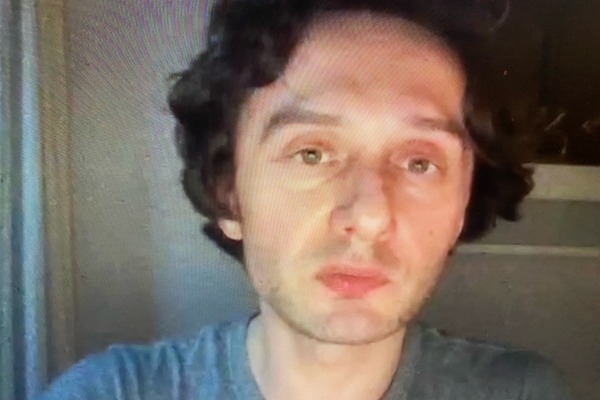 The situation in Ukraine has shocked all of us. However, hardship often brings out the best in people and Ivan is no exception to this rule.

Leading the conversation, Graham Watts, dance writer and critic, started by asking Ivan about his family in Ukraine. Whilst Ivan's mother has been able to escape to London, his father has remained in Kyiv.

Whilst Ivan expressed a wish to go over to Ukraine and do more, he said “I’d not be a good soldier, but I can dance and will use this talent for good.” And so, after a telephone call with Alina Cojocaru, whom he has danced alongside since childhood, he and Alina organised the ‘Dance for Ukraine’ Gala. They had only 10 days to plan and put together the gala. Ivan said this was a “crazy” few weeks and that he was “lucky to be able to get support from so many dancers.” The gala was a phenomenal success, selling out the London Coliseum in just two days, and raising more than £140,000 for the DEC Ukraine Humanitarian Appeal. Ivan said he was humbled by the support and had the message: “The world of dance doesn’t care about politics; it cares about humanity.”

The conversation also took in Ivan’s incredible career, including how he was “tricked” into starting ballet training, his 1996 Prix de Lausanne win, and his time at the Royal Ballet School. After leaving the Royal Ballet School in 1998, he joined the Royal Ballet, rising to the level of Principal before leaving the company in 2010. Ivan shared his philosophy on the state of ballet at the moment and talked about producing the 'Men in Motion' shows and how this experience as a producer was incredibly useful when organising the ‘Dance for Ukraine’ gala.

Ivan gave a thought-provoking and insightful talk and the chairwoman of the LBC, Susan Dalgetty Ezra, called him a “miracle worker” for his work on the Ukraine gala.

A recording of this event has been posted below, and a full report of this event will be made available on this website in due course.

The Dance for Ukraine Gala featured dancers from around who are united in their belief that art can and must stand up for humanity. The gala will be available for streaming on Marquee TV from April 14th to April 24th at a cost of £14.99, with all proceeds going to DEC Ukraine Humanitarian Appeal.

Ivan suggested the following ways you can support Ukraine:

2) Donate to the Ukraine Embassy Appeal ('With Ukraine') - This appeal provides humanitarian support to people in Ukraine. Ivan said "they get people things like blankets so they don't freeze to death."

Please note that the views, thoughts, and opinions expressed in this interview belong solely to the interviewee, and not necessarily to the LBC.