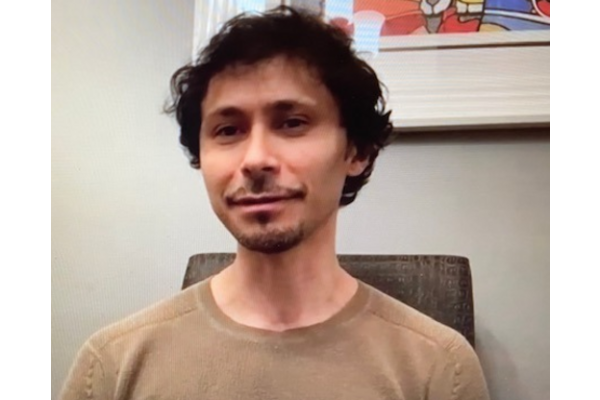 Preceding the talk, Susan Dalgetty Ezra, chairwoman of the LBC, led a moment of quiet reflection to think about “people in Ukraine who have lost their homes, their lives, their livelihoods.” She then welcomed everyone to the event, including a number of new LBC members, as well as members of the Anglo-Chilean Society.

The interview started with Cesar talking about his recent injury and rehab, which he has been documenting on social media. Despite his best efforts to keep going, he said “for my career, and for my body it was better to decide to stop for the moment.”

Cesar has also had to face the challenges presented more widely by the pandemic. He said that “it was very, very difficult to keep going” through lockdown and that even the few performances managed in lockdown were “strange” without a full crowd.

The rest of the talk took in a wide range of topics, from Cesar’s early beginnings in Santiago – turning up to his first ballet lesson in “blue shorts and a batman t-shirt” - to his rapid rise through the ranks of Ballet de Santiago, where he was made a principal dancer, aged only 18. Cesar then reminisced on his wide-reaching international dance experience, with stints in Paris, Vienna, Czech Republic, Slovenia and elsewhere, before elaborating on his time at English National Ballet – where he rose to prominence among UK audiences.

Since 2008, Cesar has been a principal dancer at Birmingham Royal Ballet, where Carlos Acosta was made Director in 2020. Cesar said he was really excited to work with Carlos since “he has so much experience and we have so much to learn from him.” Cesar was also handed the great responsibility of coaching the male principals for BRB’s recent run of Don Quixote – something he said made him “feel so proud.”

Cesar still has strong links to his home country and the company where he started his career. He said he enjoys returning home and dancing for friends and family and working with Ballet de Santiago. Cesar was recently given an award from the Chilean Ambassador, illustrating the great affection in which he is held by the Chilean people. Cesar modestly said, “people do recognise me, but I’m not like a superstar!”

To round off a thoroughly insightful event, Cesar was asked about his future. He replied that “I love dancing, and I love coaching” and so he isn’t scared about what the future holds.

A full report of this event will be made available in due course, and a recording of the event will be uploaded to the 'members only' section of the website in a few months time.