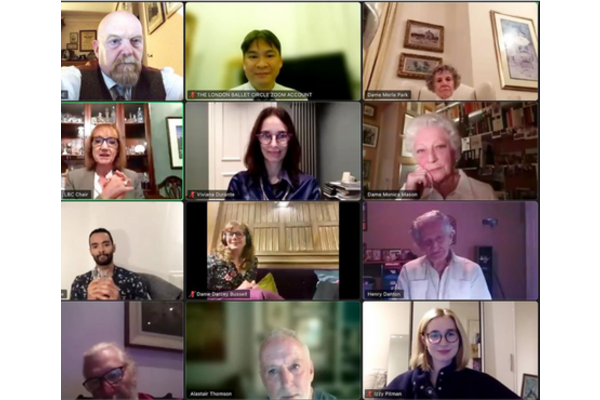 In a gathering expertly facilitated via Zoom by the renowned dance writer Graham Watts, six luminaries from the ballet world's last 75 years shared their experiences of performing and of working with the leading figures of their time.

These insightful recollections were interspersed with clips of each of the guests - Henry Danton, Dame Merle Park, Wayne Eagling, Dame Darcey Bussell, Viviana Durante and Brandon Lawrence - on stage, thus affording the audience a fascinating visual history of 75 years of dance, from Ashton's post-war Symphonic Variations to City of a Thousand Trades made recently for Birmingham Royal Ballet.

Notwithstanding the Covid-19 pandemic, the LBC's membership stands at over 400, with well-known dancers and teachers among this number, and now includes ballet enthusiasts from many quarters of the globe - from Australia, through Europe, across the British Isles, over to Mexico, and up to the far west of Canada.

Everyone echoes the sentiments expressed by the LBC's Patron, Sir Peter Wright, and President, Dame Monica Mason, in looking forward not only to the next big anniversary but also to a thriving future with 'in person' talks, visits and other events resuming in conjunction with those on Zoom.