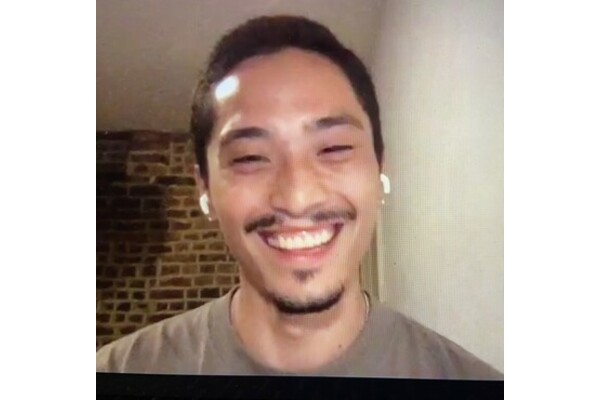 Members were treated to another fascinating evening when Jeffrey Cirio, now a Lead Principal with English National Ballet (ENB), chatted with the dancer writer Graham Watts.

Although his parents had met while dancing socially, there was no ballet background in Jeffrey’s family but he started lessons aged nine and followed his sister’s career path into Boston Ballet, a company he described as a good ‘space in which to grow’ and where he was promoted to Principal after three years.

His desire to ‘live on the edge of his comfort zone’ prompted his 2015 transfer to American Ballet Theatre (ABT) as a Soloist and to what Jeffrey felt was a further challenge and opportunity to grow as an artist and dancer. His rapid promotion to Principal brought with it both pride and greater responsibility as he was representing his Filipino/American culture.

Concurrently, with his sister Lia, Jeffrey founded Cirio Collective with the aim of giving dancers the opportunity to choreograph and dance during the summer lay off. The project had just enjoyed its 7th season of festival appearances.

A direct approach from Tamara Rojo, the Artistic Director of ENB, had led to Jeffrey coming to the UK, firstly as a Guest Artist for five months in 2017. Then, attracted by a repertoire which was new to him, specific roles, the large amount of stage time, and the culture of London, Jeffrey joined ENB as Lead Principal from the 2018/19 season onwards.

ENB’s new headquarters had made working during the pandemic (with strict protocols) viable and Jeffrey spoke about the Company’s digital output, the filming he had been involved in, and bringing the filmed works to the stage. The dancers were back rehearsing the third iteration of Akram Khan’s Creature which featured Jeffrey in the lead role and was due to have its première in September. He also had two lead roles in the new production of Raymonda but nevertheless found time to pursue wide-ranging personal interests.