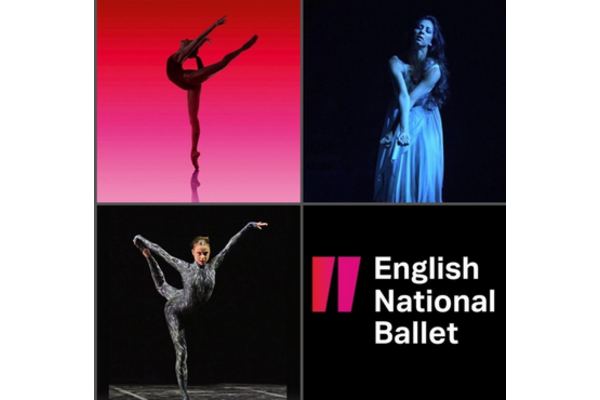 AN EVENING WITH THREE ENB BALLERINAS

Although  they had all joined the Company in 2014, their training had been entirely different, Isabelle had been a member of the corps during her graduate year, and Sarah had danced with two other companies previously.

The discussion focused on how they managed a heavy schedule of both corps and soloist roles in classical and modern works, their preparation for some of their own most notable roles (often ‘baddies’), being part of the creative process for new work, how international touring not only expanded their horizons but also helped them to grow as artistes, and the need for ever more diversity in ballet. With time running out, the conversation turned briefly to the place of competitions and awards and Isabelle’s, Precious’s and Sarah’s experience of those kinds of opportunities and recognition.

During the pandemic, the dancers had pursued other interests, including study, writing, podcasting and hosting interviews on Instagram LIVE. Sarah had also recorded footage for ENB’s BalletActive package and was involved in further educational projects.

After months of taking class and rehearsal in masks and separate bubbles, all three were eagerly awaiting the return to the stage in May (ENB Reunion) at Sadlers Wells, the première of Akram Khan’s Creature in the autumn and working towards the opening night of Tamara Rojo’s new production of Raymonda in January 2021.

Read the full Report of the evening.