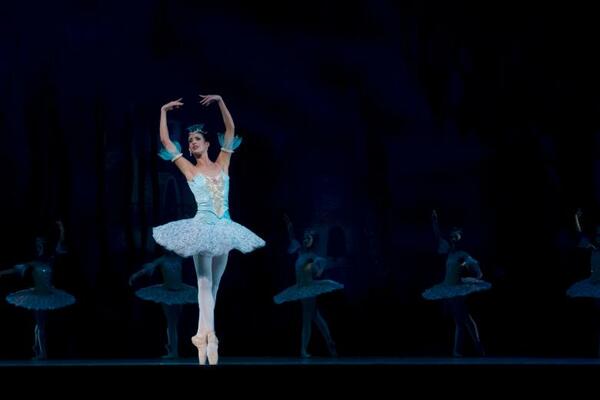 A SELECTION OF STREAMED PERFORMANCES and EVENTS

This list is designed to inform LBC Members and visitors to the website of upcoming performances and events online.
23 Jan 2022

For members in the UK, The Dante Project - Wayne McGregor's new work for the Royal Ballet - is available to stream for free on BBC iPlayer until 26th February.

Christopher Wheeldon's Cinderella will be livestreamed by the Bavarian State Ballet at 18:30 GMT on 5th March, free of charge. The recording will be available from Sunday 6th March for 24 hours.

Members in the UK might be interested in Yuli: The Carlos Acosta Story. This biographical film charts Carlos' journey from the streets of Havana to auditioning for the Havana State Ballet School and his early career. It is available on BBC iPlayer until 16th February.

On Marquee TV, Scottish Ballet's recording of Gene Kelly's Starstruck - which Patricia Ward Kelly talked about 'in conversation' with the LBC last December - is now available for streaming. By signing up to Marquee TV, users can also stream a wide range of other ballets, including numerous works by the Royal Ballet, Australian Ballet and the Bolshoi Ballet. Signing up to Marquee TV costs £8.99 a month.

A number of recordings from the Royal Ballet will be made available over the coming months for £10 each via the Royal Opera House's streaming platform. These include Marguerite and Armand (from 4th February - 6th March) and The Winter's Tale (from 28th January - 27th February).

A number of other ballets from the archives of English National Ballet are available on their online platform, including Manon, Swan Lake and Akram Khan's Giselle. These can all be rented for 3 days at £7.99 each.

A performance of the Kirov Ballet's production of Swan Lake from 1990, starring Yulia Makhalina and Igor Zelensky, is available to watch on YouTube.

For members who prefer their online ballet in smaller doses, the Royal Ballet's 'best ballet performances' playlist on YouTube features over 50 short 5 minute clips of dances from popular ballets such as Swan Lake, Romeo and Juliet, Sylvia and so on.