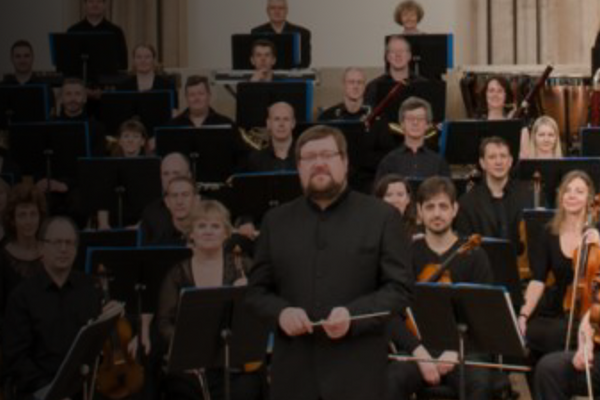 An Evening with Gavin Sutherland

AN EVENING WITH GAVIN SUTHERLAND, 16th March 2021 via Zoom

LBC Members were joined by several supporters of the English National Ballet for a ‘solo performance’ from the award winning Maestro Gavin Sutherland. At times turning to the piano to illustrate a point or to remind the audience of a piece of ballet music of particular significance to him, Gavin spoke entertainingly of his extraordinary musical career which began in childhood and was fully launched when he became a conductor and rehearsal pianist for Northern Ballet in his early twenties. Now in his 30th year as a ballet musical director, Gavin referred to his pleasure at working with Birmingham Royal Ballet and the Royal New Zealand Ballet as well as his 12 years with English National Ballet, during which time he also orchestrated Vicenzo Lamagna’s score for Akram Khan’s Giselle.

At the time, he was working on the musical arrangement for Tamara Rojo’s production of Raymonda along with Akram Khan's Creature. Gavin paid tribute to the way in which ENB was continuing to honour the traditional ballet repertoire while regularly introducing new works. His stories and responses to questions from the audience emphasised that, for Gavin, "looking after the dancers" was an absolute priority; but, on Zoom with the LBC, it was, fittingly, he who was centre stage.

The full report is now on this website under Reports.