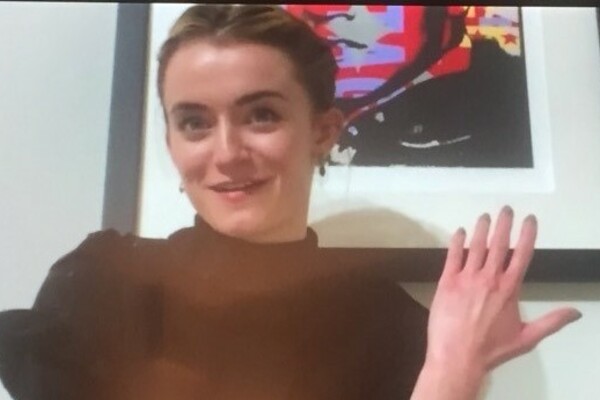 Anna Rose spoke to the LBC via Zoom a few days after The Royal Ballet returned to the stage.
13 Oct 2020

On 13th October, the LBC was thrilled to welcome Anna Rose O’Sullivan, hot on the heels of her stunning performance as Lise in the cornfield pas de deux from La Fille Mal Gardée when The Royal Ballet returned to the stage the previous week.

Anna Rose talked about the preparation for that event and the experience itself, which had been emotional for all concerned. She also reflected on her life as a dancer during the pandemic and, especially, on the twelve months preceding that, during which she had made her debuts as Juliet, Aurora and Swanilda.

Anna Rose also shared how she prepared for her roles and the kind of relationship and support she needed, and received, from her partners. Other areas discussed were her involvement in creating roles, the way she felt nurtured by The Royal Ballet in terms of her artistic development, and the excitement of guesting abroad.

It was a delightful evening in the company of a dancer whose career LBC members have been following with great enthusiasm for many years.

THE FULL REPORT IS NOW AVAILABLE (see Reports) AND THE INTERVIEW CAN BE VIEWED BY MEMBERS IN THE MEMBERS ONLY SECTION: ABOUT US > SCROLL DOWN > MEMBERS ONLY